Civic Responsibility for All: Jury Duty 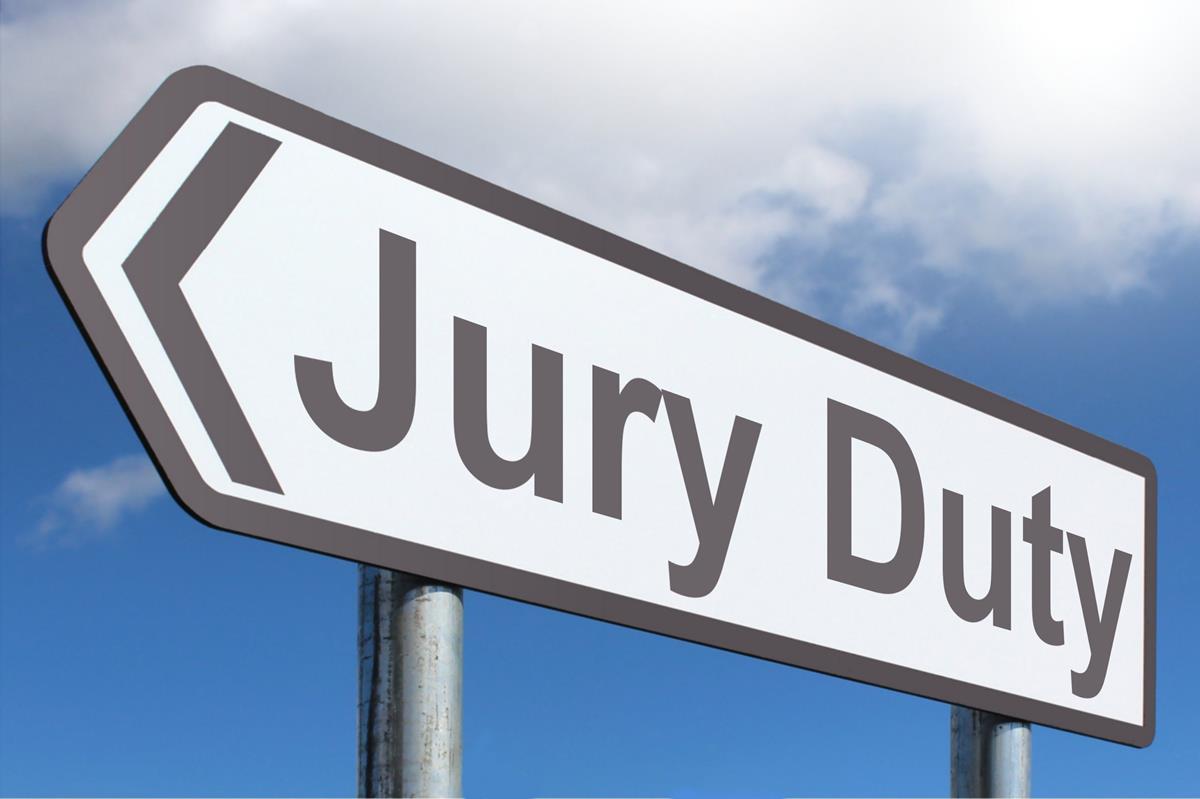 Civic Responsibility for All:  Jury Duty

When our son Aaron turned 18, he started getting pink government envelopes in the mail, and I was not thrilled.

In principal I support our constitutional right to a jury trial by our peers. However, I thought Aaron would not be able to serve and he would be excused.

The first time he was summoned I went through all the paperwork to get him excused (it required a couple of doctors’ notes and a description from me as to why we felt he could not serve) – it was a pain!  Over the years, Aaron has received several other summons and his number has not been called; one time his number was called and we showed up at the court house but were dismissed by noon.

This fall, he got summoned again and yes, his number was required to show up.  We dutifully made arrangements to appear.

Aaron didn’t remember our past experience two years ago, but I told him, “don’t worry, they won’t seat you.” Of course I had to keep explaining words, like why it is called a summons or a call, what does it mean to ‘seat’ you, etc. We had my husband drive us so we didn’t have to deal with parking in Denver County. I accompanied him to sign in and told the clerk that he had a cognitive disability, I was his assistant and asked if they would like us to leave?

Nope.  We went into the big waiting room and watched the video with the rest of the potential jurors.  And then you wait.

Aaron was a bit anxious and I kept assuring him most likely we would just sit enjoying our coffee and in an hour or so they would dismiss us so we could go have lunch.  If his number was called the plan was to tell the court clerk that he has a cognitive disability and surely they would dismiss him.  A half hour later sure enough his number was called and I prompted him to raise his hand and say ‘Here’ like the other people whose numbers had been called.

We went out into the hallway with the rest of the potential jurors and listened to the court clerk explain what would happen next: go upstairs to courtroom number D, line up, remove our hats, be quiet & respectful, and sit in the order in which we were placed.

As we waited for our turn in the elevator I explained to the clerk that Aaron had a cognitive, as well as, a physical disability, I had guardianship and was his assistant for the day. I said he was willing to serve but would need my help and she said she would notify the judge. I figured we would never even make it into the court room.

Imagine my surprise when we were all up there and they lined him up, with me behind Aaron!

He was pretty nervous but was taking his potential responsibility very seriously. I tried to explain to him that we would still probably be excused but I would assist him with whatever was necessary.  He said it felt like he was going to jail. I can understand that, but did my best to keep him calm.  We were seated and the judge gave explanations, introduced the lawyers and defendant then explained different reasons people might not feel they could in good conscience serve.

When asked if we had been involved in a similar situation to the charges involved (this was a criminal trial, not a civil one) one person answered yes and was dismissed. Then a woman went up to the bench white noise began so we could not hear what was being said as lawyers from both sides discussed with her and the judge. Then she was excused and left. Next a man who works in the jail as a deputy was excused. They asked if anyone had ever testified in a trial, criminal or civil proceeding so I leaned over to Aaron and told him he needed to raise his hand to tell that he had spoken at his guardianship hearing. The judge asked him if his guardian was there with him and he said yes, his mom and pointed to me. So she asked my name, confirmed that I had guardianship and asked me to come forward with the counsels.

I was very impressed at how respectful they all were. They asked me if Aaron could understand what was being presented and listen to the witnesses. I said that if I were to translate into very simple terms that yes, he would be able to get the gist of what was going on, but that it would take time and I would have to be able to speak with him as the trial was progressing. They asked if I could be fair and non-prejudiced as I did that. I said yes, I thought that I could. He votes every year and I take the time to read through the blue book with him, giving plain English, simple translations of the various candidates and issues being voted on.   The fact that he doesn’t always vote the same way as I do I think is testimony to my being fair and unbiased in those explanation.

The defense attorney asked if he could participate in jury deliberations without my participation. I said I didn’t think he would be able to grasp the possible discussions that would take place and if there was a particularly strong minded juror he could either be persuaded or bullied or he could dig his heals in and be oppositional. But that if we explained to him the significance of the deliberation process he would try his hardest to understand and come to a conclusion based upon what he heard.

I did say I thought the time needed for him to process information and his cognitive disabilities would make it a very difficult situation. Because he couldn’t do the private jury deliberations without my assistance both the defense and the prosecutor felt that was sufficient cause to excuse him.  The judge agreed and everyone thanked our son and myself for being responsible and offering our service. It was really quite an amazing experience.  I was glad that two others had been excused before him so Aaron didn’t feel like he was being singled out for his disability.  Ultimately he was very glad not to have to serve and we went off to a lovely lunch and I walked away marveling at how far we have come as a society that he would get

that far into the process before being dismissed.

Never miss a chance to let our sons and daughters rise to the occasion!  We talked at length about our rights, our responsibilities, and our privileges as citizens and our chances to serve.  I was so delighted that Aaron and I had this experience in civic responsibility!

Want to know what it is like to serve on a jury?  Watch this video!  https://www.youtube.com/watch?v=zNqt5NStkTY

How would you support your son or daughter if they are called to Jury Duty?  Share your ideas with us by emailing:  Parents@P2P-CO.groups.io

This is the second in a 3 part series on Civic Responsibility. Renee Walbert has recently retired from her position as a long time coordinator at Parent to Parent. She is a caregiver for her adult son, Aaron Walbert and is the mom of two other adult children and “Oma” of one. Renee continues to be actively involved in Parent to Parent of Colorado through our Online Parent Support Groups.

All services at Parent to Parent are provided free to families. However, we rely on donations of generous supporters like you to keep our programs going strong! Donate today at coloradogives.org/P2PCO